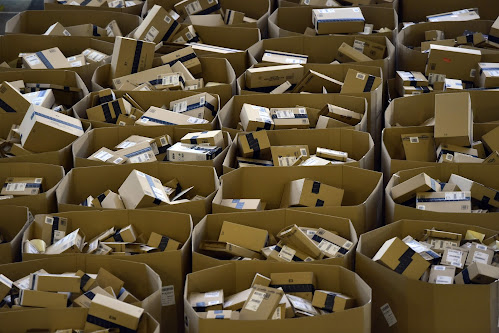 Sorry, but it is true. Amazon does nothing to help the #planet and leaves a giant carbon footprint in its wake. Who will pick up my 12ft mound of #Amazon cardboard packaging?
Amazon has become an increasingly ubiquitous part of our lives, as more and more people receive weekly — and even daily — packages from the company. But as these packages pile up on doorsteps all over the world, a glaring issue has emerged: How do you recycle all those damn boxes, bubble envelopes, and Prime Now paper bags?
Given the huge variety in packaging, the answer isn't so clear.
#Amazon does provide guidelines around the topic and customers in the U.S. whose orders are fulfilled by Amazon can click on any order in the Amazon app and scroll down to the bottom to view recycling or discard instructions. People can also ask Alexa or Siri "How do I recycle my Amazon packaging?" and both will direct them to Amazon's guidelines.
But David Pinsky, a senior plastics campaigner at Greenpeace, doesn't think this information's very useful.
"While it is helpful to provide information, Amazon is continuing to place the burden on customers to manage its enormous packaging footprint. As U.S. and global recycling markets collapse, the truth is that very few plastics are still recyclable and, even if they are collected for recycling, most are not recycled. It's time for Amazon to ditch all single-use packaging and transition to reuse and refill systems," Pinsky, who works to make large companies reduce their single-plastic use, wrote in an email.
9 comments:

Getting Covid Vaccines in the Arms of Governors?

Honestly, I just wanted a pair of 501 button fly Levi’s like I had in the summers on the coasts of N.C. I am not sure where they are made these days, but Levi certainly deserves to lose market share when they no longer care about the quality of their product. Look at these shitty button holes and shitty little buttons! It is true Thomas Wolfe, you can’t go home. 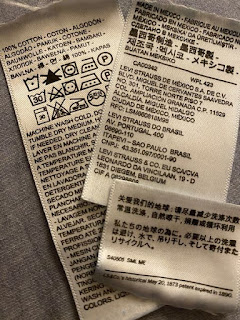 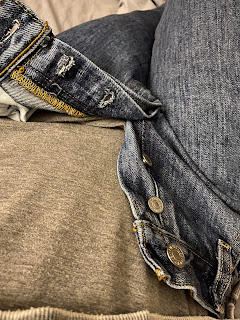 The leading character or one of the major characters in a drama, movie, novel, or other fictional text. the main figure or one of the most prominent figures in a real situation. My problem with Hollywood and indies, there is always a friend, a way to find money, a place to stay eventually. What if the prtoaginsits has nothing? No friends? No opportunities? No home to call their own? No windfall in the fom of a dying Aunt? No one wants to see a sad ending. Yet, we do everyday. We somehow always cross a homelesss person. Well, not the politicians, they don't. But we do! Anbd Hollywood has not written that story yet, bcause no one likes a sad ending. An there are plenty every day!
No comments:

I watch Disney to escape this world and what it has become. I can't sleep. I can't make one comment on social media without some stranger calling me a name and acting out their aggression on an innocent statement I made. 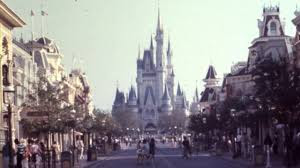 I am sad that giant tech is censoring what we know and what we see. I am happy to see Hollywood push the boundaries of sexual orientation and blur the color of races. And if all this worked to build a grand Utopia, I would be able to sleep. But I can't. Because it will never be solved, no matter how hard we try. And for that I am sad , and can't sleep.
No comments:

I do not care whether you liked PODUS or not. I only care that people listen to the unedited version without twisted commentary.

We are grown ups, make up you own mind and stop swallowing the shit news is giving you.

How low will media go to grab your attention? 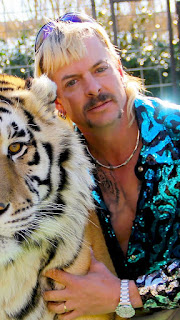 UPDATE: Seriously. like not one mention on cable news? Did Trump pardon Joe Exotic? People are dyin' to know!! Yup, this is how short our attention span is.

Amazon is the New Low in Society.

Insurrection and riots; are not these the things children have been watching from cable news for the pat 15 years?

And with an attitude of everyone gets a medal and only a time-out!

Are you sure Trump was solely responsible for the actions certain citizens of this nation took?

Go to sleep on your 600 to 900 thread count cotton sheets. thinking you will have a good night sleep.

There are those on 1200 Egyptian cotton thread spun into silk like thread that never look at Facebook because they think it is so low class. And Amazon even lower.

Why is anyone for the U.S. going on a show owned by Murdoch's regime? Why give any of his shows gravity toward continued ratings. Rupert has a bone to pick with the U.S., and he is happiest watching us placate to his extremist news.

He is so happy to destroy the U.S. with his lying news, he laughs watching it while getting a blow-job from his gold-digging hermaphrodite wife.
We need to end his cable news!!

Fuck you Bill Maher and the Rest of Late Night!

To every late night host that has lost their humor and now just an angry bitch spewing hatred.

Unless you have any experience with someone in the military and the strength it takes, for their families, to keep hope alive that they will come home alive and not in a box ready to be buried with a flag draped over it, shut the F Up!

Don't pick on veterans that may have had PTSD! That is not cool. You do not know Ashli Babbitt, or her life any more than the BLM actors that broke a lot of shit in their own hometown, including black owned businesses, out of frustration!

I can tell you, her life defended this country unlike the those that massacred cities in the name of a crackhead named George Floyd.

Covid brought a serious strain on this country. How many suicides happened because of this pandemic and loss of work?

Instead of being an angry bitch do something productive you self-absorbed wealthy, celebrity twats!