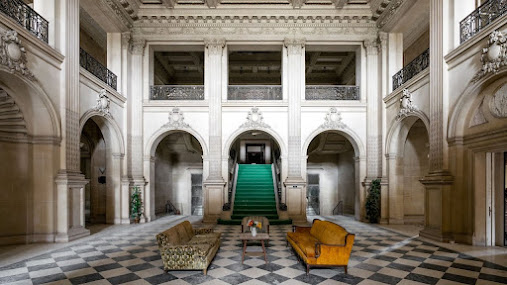 Lynnewood Hall is a 110-room Neoclassical Revival mansion in Elkins Park, Montgomery County, Pennsylvania. Vacant today, it was designed by architect Horace Trumbauer for industrialist Peter A. B. Widener and built between 1897 and 1900. Considered the largest surviving Gilded Age mansion in the Philadelphia area, it housed one of the most important Gilded Age private art collections of European masterpieces and decorative arts, which had been assembled by Widener and his younger son, Joseph E. Widener.

Peter Widener died at Lynnewood Hall at the age of 80 on November 6, 1915, after prolonged poor health.[1] He was predeceased by his elder son George Dunton Widener and grandson Harry Elkins Widener, both of whom died when RMS Titanic sank in 1912.

The First Korean Church of New York is the owner and refuses to sell, even after offered well over asking price. They want to see this historical estate crumble.

I am asking you to sign this petition because for no other reason than to say some things deserve to be preserved.

I really do not know what to say to convince you that this mansion is worth saving, considering how many of us struggle day to day just to survive.

But if I may say.. as a little girl, my Father took me on tours to gilded mansions like this and I felt like a princess and dreamed of having just a bit of it, and it pushed me to dream and hope for better.

I never ask for anything, but this is important to me. Because I think of all the people who worked on this, and the pride they had in themselves, and money during the depression. If it crumbles , than how do we celebrate their work?